The prompt for this project was to create an experience for a “naive guest”. In other words, the guest wasn’t allowed to know anything about the game before playing, and the game couldn’t give any direct instructions on what to do.

In this game, you play as a weather god overlooking a small tropical island. Using your powers of rain and lightning, you must help the islanders by watering crops, putting out fires, and more. 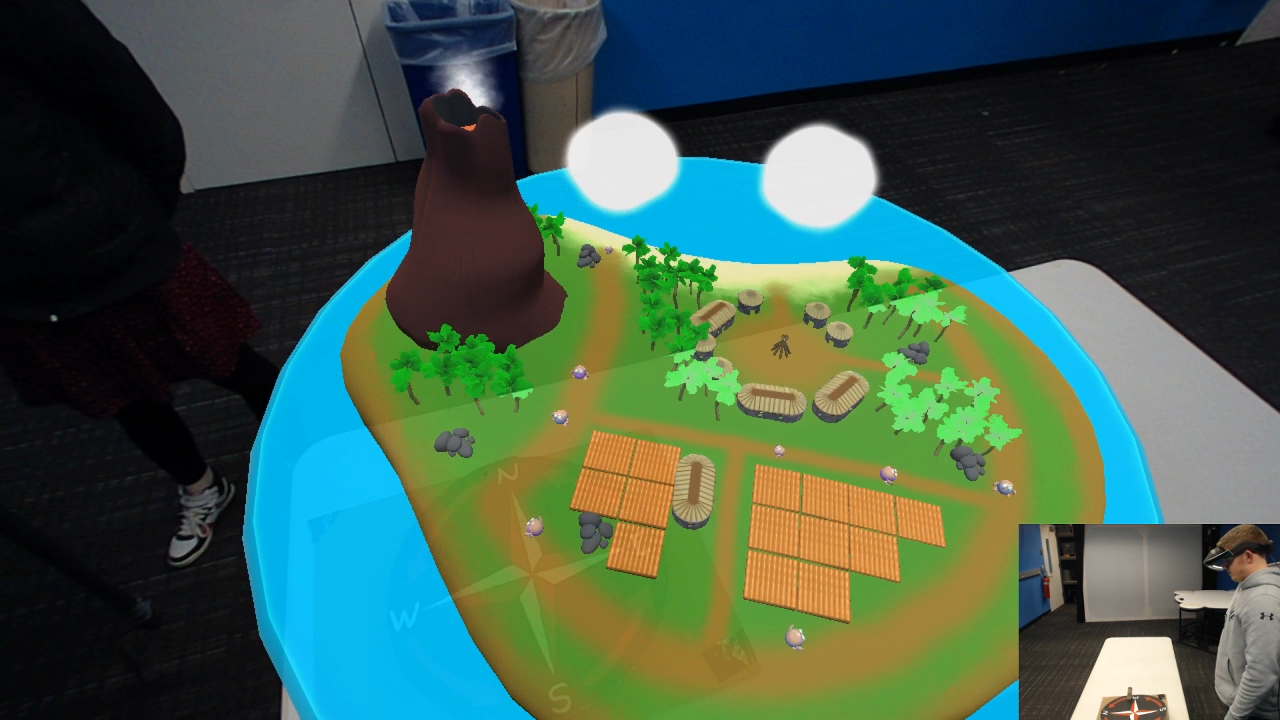 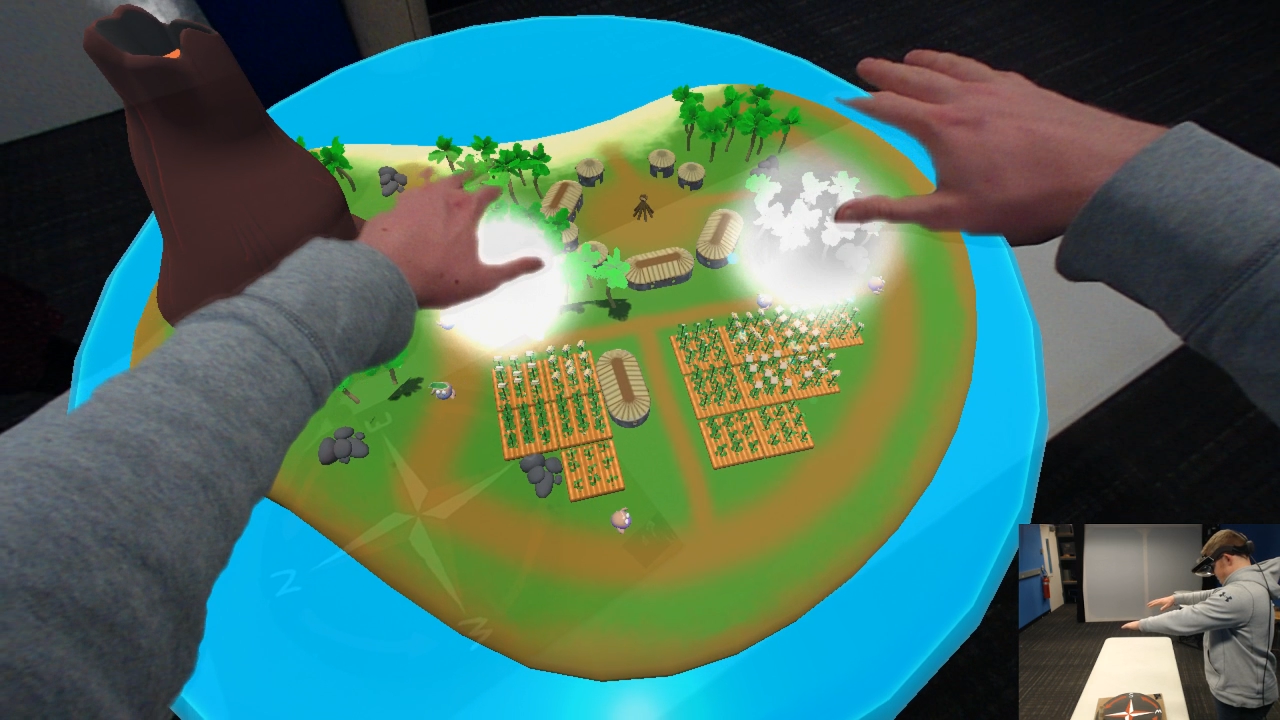 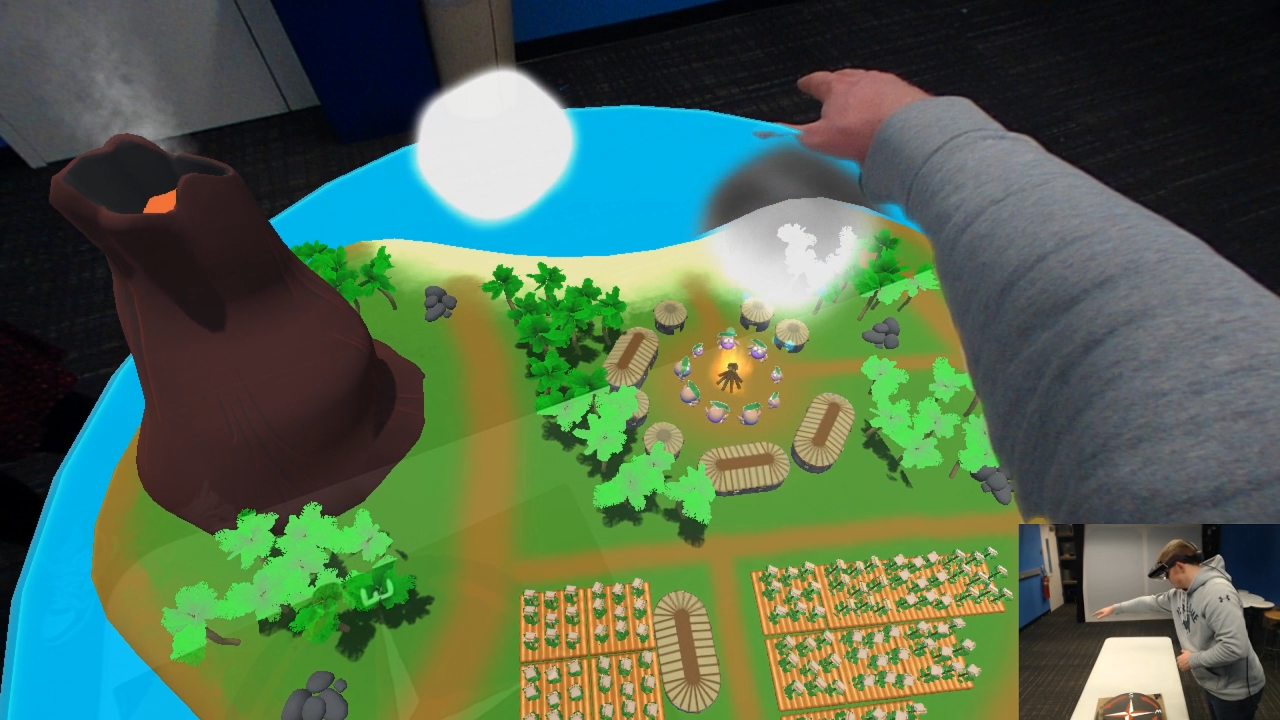 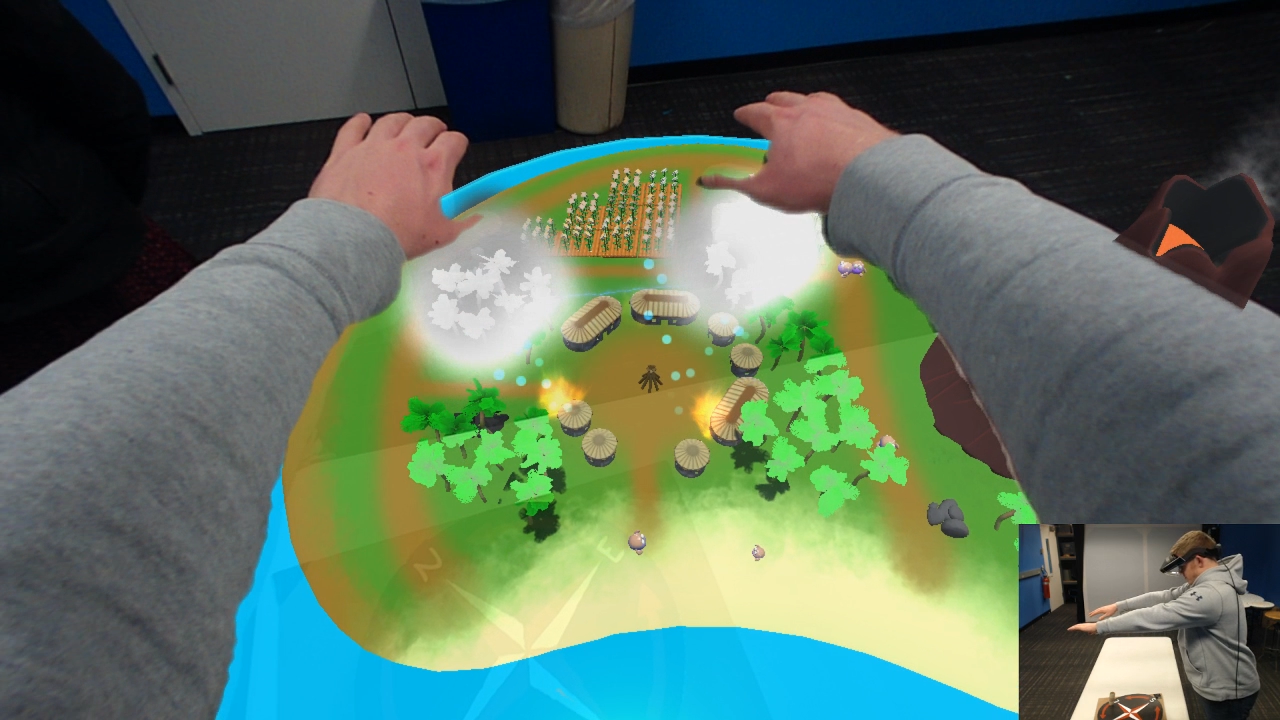 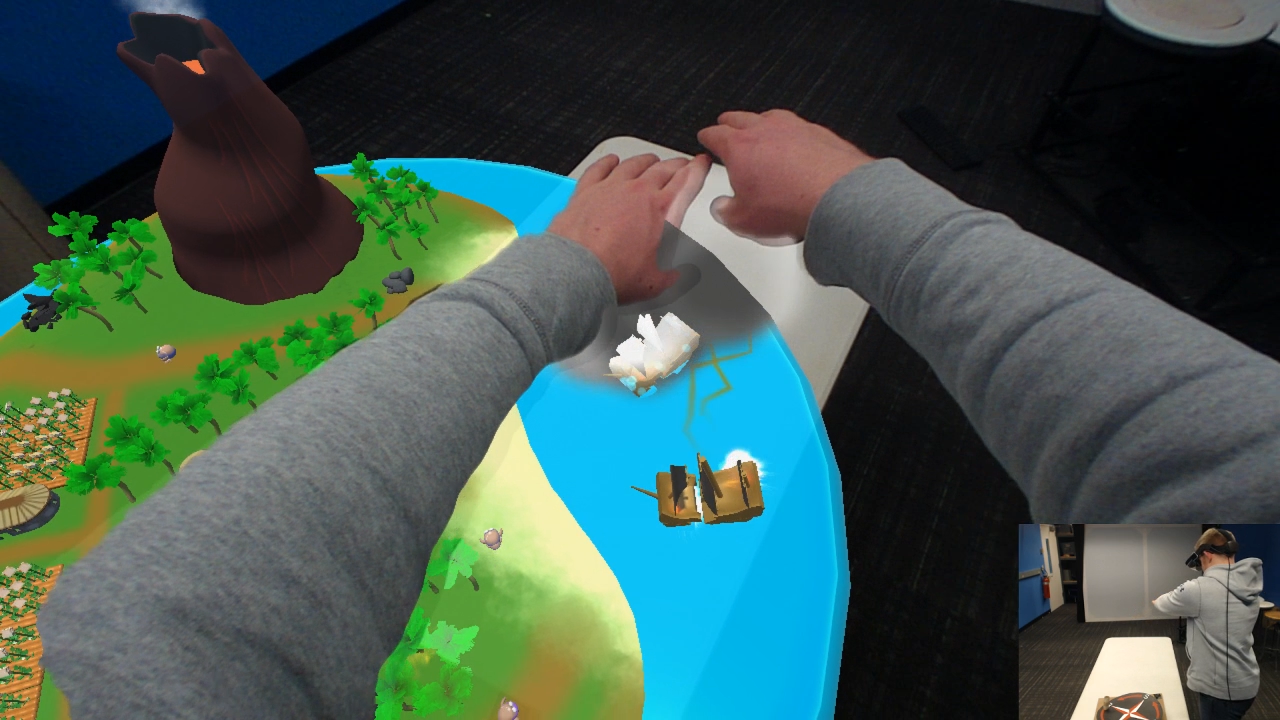 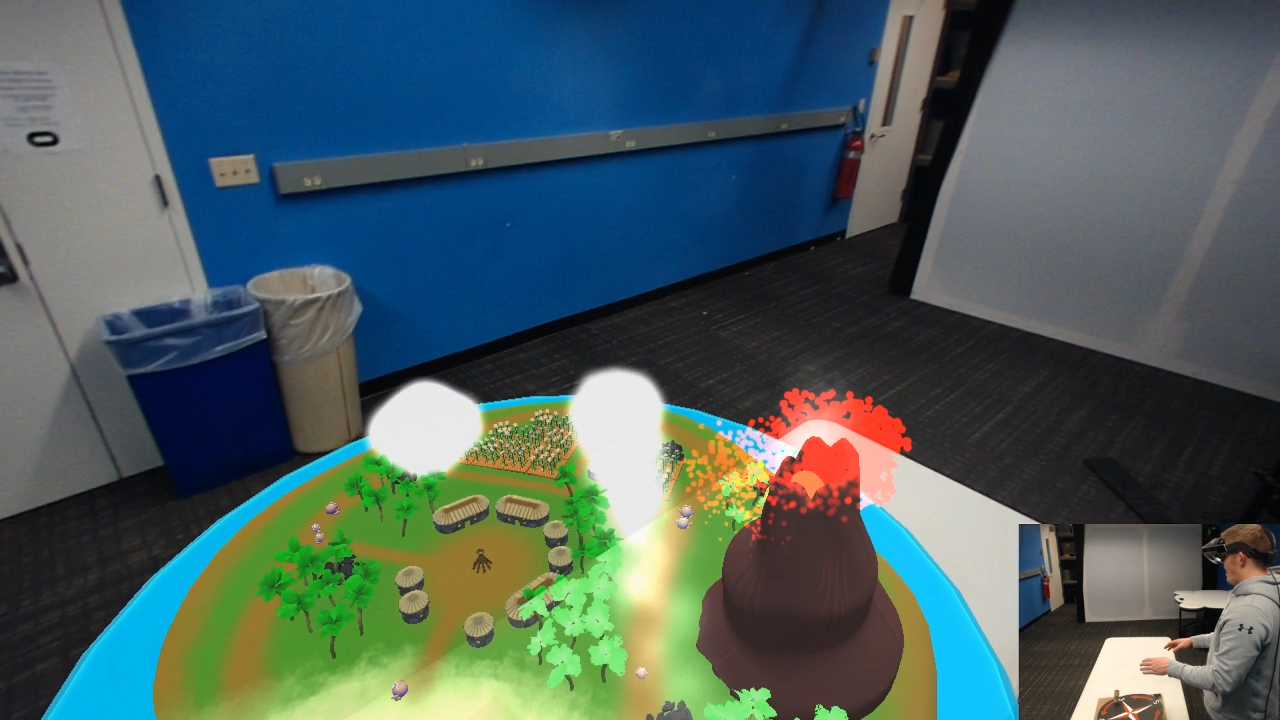